Home » Blog » What´s love got to do with it? – should shareholders worry, if the CEO gets divorced? 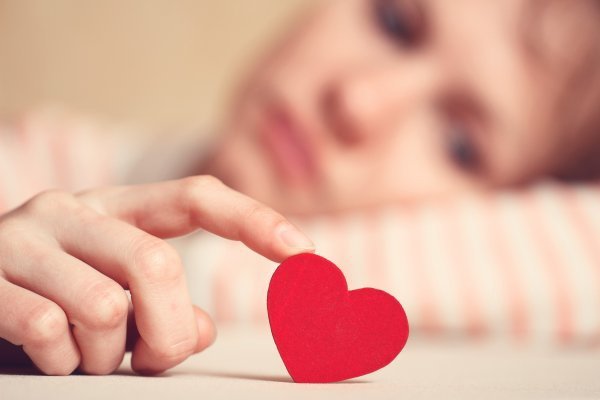 Chief Executives carry the responsibility for shareholder returns, numerous jobs, and compliance of the firm on their shoulders. Workdays are never finished after 8 hours, and weekends are generally not off. Top leaders are assumed, to rely on a stable and supportive relationship, to emotionally balance for the responsibilities and stress levels associated with the everyday task environment. Yet, stressful professional lives take their toll on relationships, and divorce is a known phenomenon to the Chief Executive community. Research suggests, company performance, hence, shareholder returns are affected by this.

“Behind every great man, there is a great woman!”

The positive contribution of a balanced partnership, as a foundation for excellence in the career, is widely accepted. Traditionally this has been translated into a loving wife, taking care of the children and organizing the Executive’s home and family life, to allow her super-hero-husband, to focus on his career. Today, we rather consider a „power-couple“ managing career, family, and social responsibilities, denying traditional gender roles, and include female executives in the picture.

Whatsoever, the „significant other“ has been appreciated by shareholders barely as more, than an organizational appendix, of the Chief Executive to their firm.

Research has found a link between the CEO’s divorce and the downturn of the firm. Scholars claim the recent divorce of a CEO is observed to result in immediate reactions to capital markets. The announcement of Rupert Murdoch’s divorce from his wife Wendi, after 14 years of marriage, led to an immediate appreciation of share price of 1.4%, yet, when Harold Hamm (CEO of Continental Resources) announced divorce after 25 years from his wife Sue Ann, the share price fell by 2.9%. Also, the announcement of the settlement of the Bezo-divorce, after 25 years of marriage, was appreciated by a share price increase of 1%. Reasons for an immediate appreciation/depreciation from capital markets are seen in:Following the dismissal of iGate CEO, due to a violation of company policy, or more precisely, due to an intimate relationship with a subordinate employee, calls have been brought forward, to ask for reports on known riks on the CEO’s personal state, meaning the status of his marriage as part of the companies’ mandatory disclosure under Regulations S-K, under the US Securities`34 Act, disclosing potential risks to the business. Whereas capital market reactions are seen in forms of punishment as well as an appreciation of share price, researchers link this observation to the perception of the executive performance by the capital markets. Specifically, a decrease in control from CEOs with a negative reputation may lead to an appreciation of share price and vice versa. Two relevant questions raised from here.

Does the CEO really matter? – Blind man’s buff on the carpet floor?

The expectation would be, a CEO, surrounded by a capable executive team being supported and backed in moments of need. Hence, the cumulative executive team should balance out for a temporary slow down of CEO performance. This is only partly true. Research has proven, a shock to the CEO’s attention and focus causes a downturn, of 0.9% in ROA (industry adjusted). Also, the death of a CEO has been identified as being significant for a decline of 1.7% in ROA. These numbers are in line, with the depreciation of share prices, we saw in the event of divorce. The same research outlines, the distraction of older CEOs have a significantly lower effect on the organization. This may suggest, a stronger group of subordinate managers in place, buffering for volatility in the performance of the man at the helm.

What was first? – The chicken – egg paradigm

Researchers stress the relationship between divorce and economic turmoil, an alternative explanation can be considered:

Is marital turmoil the true root cause of an economic decline of the firm? Or are divorce and economic distress parallel observations, resulting of a different, so far unrecognized, event?!?

The impact of stress on performance has been well documented. Also, it has been observed and analyzed, executives in distress situations are exposed to high-stress levels and have been observed to systematically demonstrate dysfunctional communication patterns. Among peers, this can be attributed to a “fight-or-flight” pattern of behavior, hard-wired into the human brain. Also, researchers are aware of the risk of increasing a stressful situation by taking actual work, or “just” the negative thoughts and pattern of behavior home. Negative impact on specifically spouses but also the social community, in general, is assumed. Further deterioration of the counterweight to balance for the stressful job reality in the managers’ lives is obvious. This is confirmed by senior managers, with previous distress experience,  who claimed among a choice of 38 items, the negative effects on the relationship to their spouses being on top of their worries while undergoing the distress situation. Thoughts about legal liabilities, negative economic impact or career drawbacks were ranked much lower by the executives.

…and what the BoD can do about it

Research on the link between CEO divorce and valuation of the firm is inconclusive. For now, it’s a fair hypothesis, turmoil in the CEO’s life, though outside the fair scope of interest of investors, is increasing uncertainty around a firm. Hence, when things are shaky already, this can add up and exceed the investor’s level of tolerance and lead to punishment from capital markets. The elimination of (unnecessary) uncertainty can be considered to be within the responsibilities of the BoD. Obviously, the BoD cannot guarantee a good marriage. Also, including marital details under Reg. S-K ´34 Act in the company’s risk report is nonsense. Nevertheless, being prepared also for the event of divorce on the executive level can be part of a scenario planning exercise of the BoD. This may be complementary to scenarios of sudden death, health issues, legal compromises, etc. for the key members of the executive team and fall under the general topic of risk and succession planning. This can include:

One thought on “What´s love got to do with it? – should shareholders worry, if the CEO gets divorced?”