Home » Blog » The digital disruption of the national state 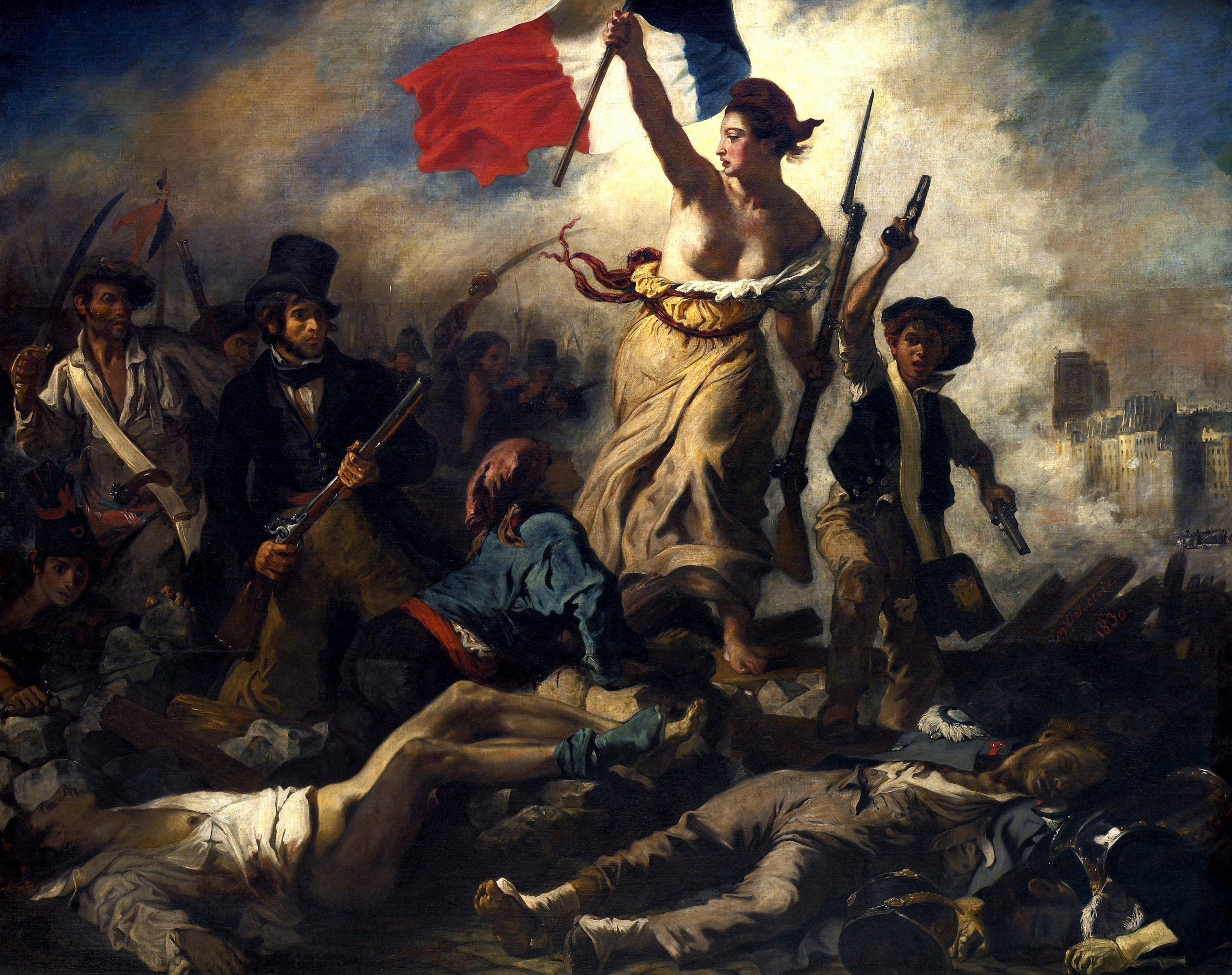 The concept, society has been arranged and governed by, for the past couple of hundred years, is disrupted by the digital transformation. This is happening right now. Today.
It is doubtful, if political leaders have anticipated this, nor if they will be qualified to manage through the increasing uncertainties and eroding governance. As the link between the governance of society and the economic framework is broken, the rules of engagement of the national states are fundamentally changing.
From an economic point of view, the national state is expendable by now.
A mélange of democracy, patriotism, nationalism, socialism, and liberalism gave birth to the 18th century to the idea of the national state. Pressure from outside, periods of grim wars, and poverty for the majority of the population have been strong parentheses, to unit thoughts of cultural and regional identity with a sense of ethnic belonging.
The noise and terror of the revolutions have been seen as midwives. Just a few and by far not complete examples include the outburst of the masses at the French and the American revolution or the bloody overthrow of the Russian tsar.
The idea of a national state is based on three major pillars:
These simple principles hold for different forms of political systems. Other forms of national appointments, such as the pompous representation of monarchies as well as the idea of military and defense derive here from. At this level, the national state is fairly self-sufficient, and – if successful and managed well, able to create an economic circuit, feeding the population and evolving society over time.
The national state was given a sibling in the second half of the 18th century. The industrial revolution, with the sound of steam engines, took advantage of available and mobile talents, and deployed infrastructure and accelerated the pace of economic development. The work-sharing economy is heavily dependent on proper governance, predictability of legal and political decisions as well the legal security for ownerships and contracts; in return, it delivers increasing numbers of innovations, efficiency in the production process, and, hence, higher tax contributions to the public. Again, there are significant differences in ideology, but it is fair to say:
This summarises the global world order, as we know it. If not the applied system, this defines the difference to the chosen form of state.
Today’s political and economic leaders have been raised, educated and brought to power under this concept.

The digital, the silent, revolution

We love to refer to the digitization as the digital revolution, yet, lacking the smell of gunpowder, and the streams of blood. We want to believe, for once change, for good, is triggered in a peaceful way. We have just understood the Internet being the highway for fast communication, global communities, and, ultimately, the cure for all poverty, through free access to education for everyone. Not even mentioning the IoT, leveraging connectivity, and productivity to the next level.
Is this naive?
Indeed, it is!
Like any revolution, also the digital version comes with some turmoil. Job profiles vanish overnight, leaving parts of the workforce unemployed, premature technologies misguide decisions, just to name two out of the plenty stumbling blocks on the path to our future.
These potholes on the path to the future will balance over time, and be soon forgotten. This may provide little comfort to individuals, yet, in a historical sense, these are not the relevant breaking points.

The digital revolution is eligible to disrupt the foundation of today’s states and societies!

Our world order is at stake through two fundamental breakpoints.
The combined market cap of Amazon, Apple, Facebook, and Google in 2015 was US$ 1’306’180’000’000. The GDP of Spain is US$ 1’382’342’101’736. Adding Alibaba.com, the combined market cap reaches US$ 1’861 Billion – this is the equivalent to Russia!
Only God knows, where and how much these firms are really taxed. But we can be sure, in a global world, all of them had some thoughts, plus some expert advice, around their taxation. It is fair to assume, decisions have been made in accordance with shareholder value, which is fully disconnected from nationalism and patriotism.
Nurturing the national infrastructure is not part of the decision matrix of the individual business anymore. As today’s talent is mobile and products & services are more and more digital, there is no need for a global firm, to invest in local infrastructure.
The “business community” in the sense of the (national) business leaders, collaborating, to advance the joint economy, has been replaced by a “shark-mind”, taking advantage of arbitrage without reservation for national concerns.
Taxation became a liability to shareholder value, instead of an investment in the national economic eco-system.
Value can be extracted in one place, whereas manufacturing, R&D and tax are allocated in other geographies. The thought of a corporate-good-citizenship has become expendable!
If Facebook was a country, it was third in the world, by population. With size, aspiration and abilities arise.
With the sheer size of communities, network effects and economies of scale apply, unprecedented to traditional models of communications in civil societies. Social media are changing the mechanics of (political) opinion building processes. This holds for the “Arab spring”, just as well the US elections.
Facebook has been just named, to foster social unrest in Germany by acting as a multiplier of hate-speech. Yet, what is a legal offense in Germany, appears to be compliant to US law. Influencing a nation’s social stability and choosing a different, more convenient, legislation is hardly agreeable.

For politicians, this is an unprecedented challenge

On a national level, we are observing failure, to deal with a situation of rapid change. In situations of rapid change, dynamics of (involuntary) transformation keep accelerating and exceed the capabilities of organizations to adapt.
The global digital economy has outgrown the capabilities of the political framework. Nor is the legislation fit for the global, commercial challenger, neither have politicians proven their competence and capability. On the contrary, no serious political party has a sustained digital agenda, nor can we assume, political leaders, to have understood the dynamics of digital economies.
Under the impression, of a rather slowly changing and adjusting public administration and legislation, severe lack in competencies, and reluctance to change from the inside, it is safe to place bets on the digital economy.

“You can stop anything, but not progress.”

Some have brought forward the concept of virtual “national borders”, to protect national boundaries on the internet. Amongst others, China is providing some examples of how to manage the idea of a “domestic Internet”.
There are many reasons, to dislike the concept of digital borders, and in the long run, chances for success, to stop the power of innovation by restrictions, are almost funnily naive.
Just as desperate appears the attempt of German attorneys to impose German law on Facebook by prosecuting Mark Zuckerberg, Sheryl Sandberg, and other members of the management for the sprawl of hate-speech. Herewith, they just followed the example of US prosecutors, to hold Kim Dotcom, the mastermind behind megaupload.com, responsible for IP violations. New Zealand law enforcement was asked and agreed to raid his property and finally charge him.
Pushing the borders of the legal system, to compensate for the inefficiencies of the political reality, is pushing doors open for the systematic avoidance and bypassing of national regulations. With the opportunities provided, global enterprises will continue to make use of loopholes of national regulations in terms of tax benefits, data privacy, shareholder rights, etc.. Politicians call this unethical, yet there is nothing unethical for corporations to use legal ways to serve their economic objectives. Thus demonstrates the disconnection of the objectives of the concept of the national state and the objectives of a globalized economy.
The digital economy is asset-light and can move much faster and more agile than traditional, industrial companies of comparable economic size, hence, Facebook, etc. are just spearheading the future to come.

The national states remaining, to administer the poverty.

In the new world order, the national state will face eroding tax incomes, the diminishing of national investment capital (around 50% of the investments in Silicon Valley are using European funds) and flippancy of talent, moving around the globe to the en vogue centers of booming industries at the time.
It is easy, to foresee the downwind spiral evolving from this. Extracting relevant assets from the national state is devaluating the economy and is increasing the burden to support those, who are not able to follow the caravan of highly qualified experts, or enter into the circuit of the global economy from remote workplaces, for the sake of social rest.
Just as economic power diminishes from the national state, so does legislative control erode.
Relevant processes in society and economy are governed already under different legislations. This includes the finance industry with (e.g.) SOCKS regulation, but as well as social interaction on many social media platforms, defining the (political) opinion building process.
Whereas we are just getting used to the different understanding of e.g. data privacy or freedom of speech under US law, we will be surprised, by the legislation of the new, arising platforms from China.
This trend is carving out the integrity of the national state in its domain as an exclusive governor of society.
If politicians do not start to adapt, the terminal remaining role of the national state will be to provide welfare for those, left behind.

One thought on “The digital disruption of the national state”